La Maison de Franco is in the historical centre of the village of Valpelline. Interesting are the renovated fortified houses and elegant Parish Church, rich in Baroque ornaments which were preserved when it was rebuilt in 1722.

Valpelline is only 15 minutes from the Roman city of Augusta Praetoria (Aosta) but closer still is the Great Saint Bernard Valley which leads directly to nearby Switzerland. Waiting to be explored to the north-east of the village lies the Valley of Valpelline where, at a certain point a huge dam has been built, creating Place Moulin Reservoir, overlooked by magnificent mountain ridges capped with perennial glaciers.

The village offers an unusual view of the Grivola Mountain and Gran Paradiso Range and it is also the ideal place to enjoy the amazing countryside, walk in the cool shade of the trees, read a book and meditate….

A holiday in the mid-mountains offers sports lovers the chance to let off steam along the numerous paths which are suitable for all abilities and physical fitness, from a quiet stroll to a more serious hike, or if you prefer, do some professional mountaineering, and of course we must not forget mountain biking.

Close at hand are the local playing fields expressly made for practising traditional games, thereby keeping them alive, however people of all ages can relax on this wide open space.

A 10-minute car drive will take you Ollomont where the cross-country and downhill skiing facilities are open in winter, plus a fun snowpark for the tots. There is also a wide choice of itineraries for ski-tourers.

In Bionaz, just 15 minutes away by car, there is a 5km cross-country ski trail and shooting range for biathlon practise.

It is only 20 km far from the Maison de Franco and is one of the largest artificial lakes in Europe. Built between the years 1960 and 1965, Place Moulin Dam has a height of 155 meters and a length of 678.

Along the lake there is a dirt road where you can take a fantastic walk about an hour admiring the water Green jade, stony rocks, waterfalls, meadows and woods to reach the historic Prarayer alpine pasture and the modern mountain retreat. The road is also accessible in mountain bikes without any difficulty.

For lovers of fishing, from 01 April to the 4th November Sunday of each year, there is the possibility of fishing trouts in the special reserve that extends for about 3 Km in the Buthier creek, in the part crossing the Village of Valpelline.

Every year since the 1960s, the “Seuppa à la Vapelenentse” festival hosts the Village of Valpelline during the last weekend of July, for the Saint Patron, Saint Pantaleon. Valpelline’s Pro Loco, a volounteer association, prepares and distributes one of the most popular dishes of local gastronomy, the “Seupa”, which has an ancient and poor recipe but very tasty, based on bread, fontina (local cheese) and broth. The festival is a pleasant way to gather the village and many tourists and to enjoy this and other local specialties.

It is one of the oldest fairs in the Aosta Valley. The “Féa de Vapeleunna” offers, in addition to the animal trade between the local farmers, also a local handicraft market and a culinary market, with the opportunity to taste and buy local products. For lunch the party moves to the pavilion, where you can sample the typical “Seupa à la Vapelenentse”, the Jambon and the “mocetta” of Saint-Rhémy en Bosses, the Fontina and the Bleu d’Aoste (local cheeses), the grilled meat and the goat’s stew. 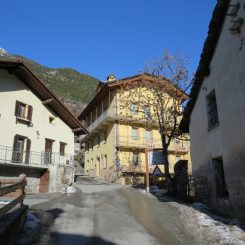 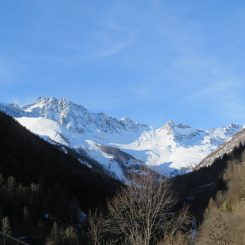 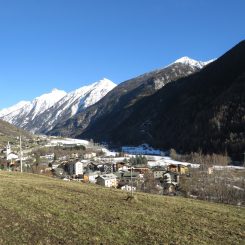 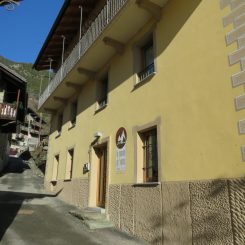 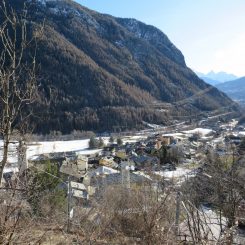